Yanika Merilo: A fully-fledged digital government in Ukraine is not a utopia

27 April 17Yanika Merilo: A fully-fledged digital government in Ukraine is not a utopia 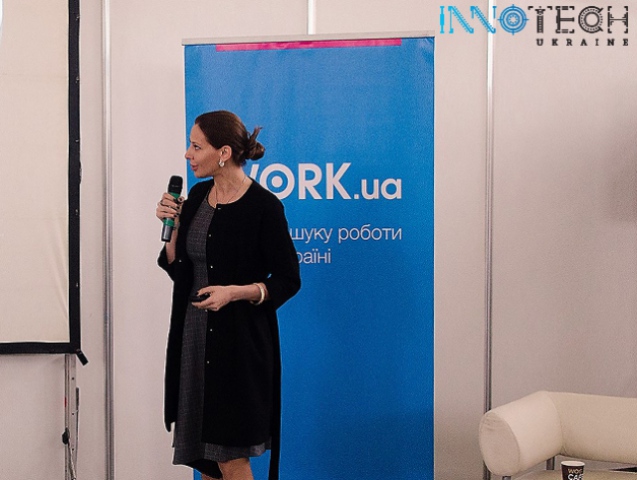 “Administrative centers or ordinary towns will develop into fully-fledged smart cities if the corresponding goals are set, and plans and strategies for the nearest 3-5 years are drafted,” believes deputy mayor of Dnipro, counsellor to the mayor of Lviv and to the Minister of infrastructure and transport Yanika Merilo. We talked to her at the international innovations technology forum InnoTech 2017.

Y.V.: Is the complete implementation of digital government in Ukraine a utopia or reality?

Y.M.: Many examples indicate that it is a reality. But a 100% digital government will take a long time to emerge.

We launched many digital projects in the last two years, including some electronic services, BankID, petitioning system, participatory budget, ID passport with a digital signature, and many others. Moreover, we created prototypes of electronic voting protocols. Today there is a possibility of QR code payments in trams. Could you imagine it 5 years ago? Therefore, a fully-fledged digital government in Ukraine is not a utopia. That’s a matter of time.

Y.V.: Which basic steps should be undertaken in every town to turn it into a smart city?

Y.M.: A smart city is such a general notion, you know. What makes an ordinary town into smart one? I think that as we have the open budget, a definite number of services, continuously implemented functions such as electronic tickets, payments via smartphones, etc., we are on our way to smart cities. Those cities that are called ‘smart’ today (for example, in Korea) were heading in this direction for decades.

Administrative centers or ordinary towns will develop into fully-fledged smart cities if the corresponding goals are set, and plans and strategies for the nearest 3-5 years are drafted, and if a definite amount of money is allocated.

Y.V.: Young people quickly adapt to electronic innovations. How can we explain to the older generation that the future lies behind electronic systems?

Y.M.: I think that’s just our assumption that they don’t want to or cannot learn. We have the example of Dnipro city, where we launched the electronic queuing system in the polyclinic, allowing people to arrange a visit to a doctor online at any time.

In three months, 40% of patients are making arrangements via the Internet. These 40 percents include pensioners, younger and older people. If there is a function that allows solving a specific problem, it will be in demand. We did not need to reassure people. We just showed how to use it. Pensioners make up 40% of the staff in that polyclinic. Today they teach our young people how to establish new record departments. Our pensioners are innovators.

Y.V.: Which countries should Ukraine look up to in the field of electronic management?

Y.M.: Definitely, Estonia. Not because I partially originate from that country. But because there is a fully-fledged digital government there. I have not seen an official perhaps for five years. I do not need him, and he doesn’t need me. Many certificates that we have here, don’t even exist there. Officials communicate with each other, make data queries. For example, I have everything starting from electronic ticket to electronic health record. I can check when X-rays, test results were made, which electronic prescriptions were given since 2007. Estonia is a vivid example of how quick results can be achieved with a low budget and correct goals.

Y.M.: I haven’t seen any results in the electronic field from the Ministry of Education yet. As a result, I am quite skeptical: while nothing is done, it is early to say something. Some universities want to implement it, but I bother more about things that depend on the Ministry. That is automation and transmission of marks, for example. Schools can organize electronic diaries, reports, and many other things, but if there is no connection between the state and databases, everything will remain at a local level. For the time being, I don’t feel that the Ministry has large-scale progressive electronic ideas.