TOP 5 ingenious gadgets to be released this year

14 February 17TOP 5 ingenious gadgets to be released this year 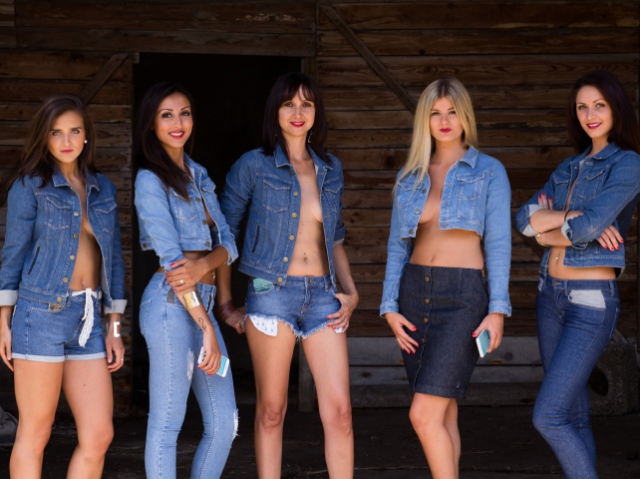 Many interesting and functional gadgets intended for different purposes are released in the market every year. We made a list of five most ingenious devices that will go for sale in 2017. Some of them made a splash at the International Consumer Electronics Show (CES).

5 most interesting gadgets in 2017

Ukrainian developments were represented in a separate section at CES 2017. Among various devices much attention was given to a wireless headset Hushme, thanks to which conversations cannot be overheard even when user stays in a crowded place.

Hushme is a noise-suppressing structure with a microphone and in-ear headphones. It is worn around the neck and put on during important conversations. User can adjust the sounds of R2-D2 talking, the breath of Darth Vader or sounds of nature to be heard by people that surround him. However, there won’t be a lack of attention anyways, as the device looks like a muzzle.

Hushme already has a functional prototype. Developers plan to launch a Kickstarter campaign in 2017. The final version of device will cost round $200.

A well-known company LeEco showcased two smart bikes at CES 2017, which work on the modified version of Android – BikeOS. Smart Road Bike and Smart Mountain Bike weigh 8.4 and 11.8 kg respectively, and have up to 11 speed modes.

One can control the smart bike, turn on music, use navigator and other functions using a display, and communication with fiends is provided by a portable radio set. Bike also has an up-to-date signaling system, a compass, headlights, a horn, and many sensors. Optionally, external devices can be connected. And naturally a smart bike can store data about the route, kilometrage, etc.

According to developers, LeEco Smart Bike will go for sale in the second quarter of this year. The price has to be announced.

PowerRay is a special drone for fishermen and researchers of underwater world. It can submerge to a depth of up to 30 m, equipped with sonar and 4K resolution camera. Thanks to a built-in Wi-Fi module, user can see what is going on underwater in a real time mode. And the drone won’t only show the landscape, but will also measure the temperature of the water.

Photos and video can be viewed on iOS and Android mobile devices and in virtual reality glasses. Drone synchronizes with the latter, allowing user to control it with head movements.

There is also a special bonus for fishermen – drone can attract fish with soft light and has special compartments for jig.

PowerRay will be available starting from the end of February. But the price is not disclosed yet.

Essential Vibrating Connected Jeans – the world’s first smart jeans that have two vibrating sensors attached to the belt. Sensors are connected to a mobile gadget via Bluetooth and can perform many functions: vibrate when incoming messages or calls are received, act as a navigator, attract one’s attention with a ping function, etc.

Wrist-wearable gadget Proof can precisely measure the blood alcohol level and will be useful for drivers that don’t know whether they should drive after a party. Gadget is equipped with an electrochemical sensor, and test results are shown in the application. If the blood alcohol level increases, gadget sends an alert to the smartphone. Besides that, bracelet can vibrate when a specific amount of alcohol is taken, and predict how much user will drink the following evening.

It has to be recharged every four days. The price won’t exceed $150.