Fingervision: robots will have tactile sensation 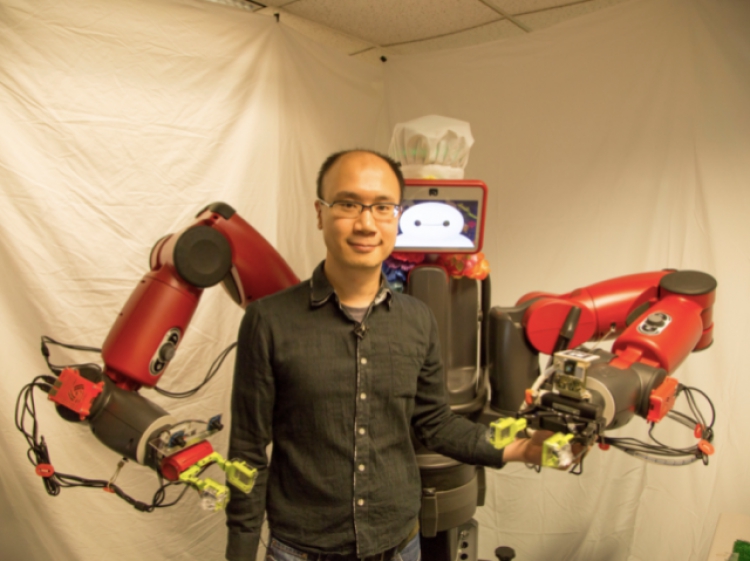 Fingervision is a 3D printed system for robots with a function of “seeing with fingers”.

Such an invention belongs to scientists Akihiko Yamaguchi and Christopher G. Atkeson. They developed a prototype consisting of 3D printed sensors mounted on the arms of a Baxter robot by Rethink Robotics. Apart from the fact that the robot itself has wonderful functions, Fingervision equips it with tactile sensors.

The robot controls objects using special 3D printed grabs. The cover of these grabs is made from transparent silicone.

The “skin” is marked with small beads that change their location while interacting with objects. It allows the robot to evaluate forms and texture of an object. The robot with these “fingers” can identify how fragile the object is and regulate intensity of a grip.

The scientists want to add the functions of a good grip for holding the object and weakened grasp if the object is extracted.

The robot can peel a banana, cut vegetables and be ticklish if touched with a feather.