The role of robotics technology in the construction industry

05 July 17The role of robotics technology in the construction industry 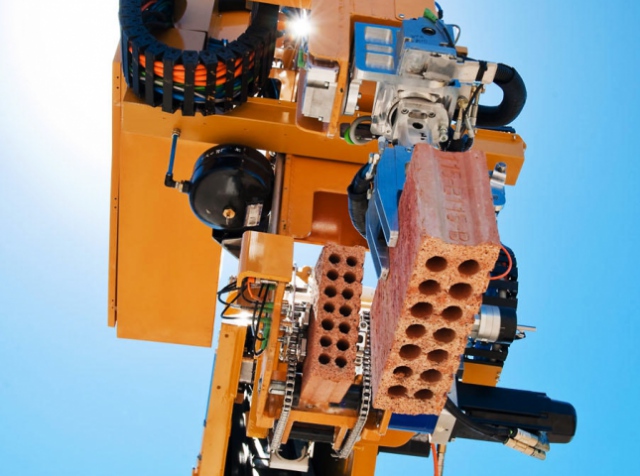 In the XXI century, the construction industry is suffering from crisis despite the fact that it is estimated at $10 trillion. For example, in the US around 200 thousand work places for builders are still vacant.

To change the situation, one needs to implement new technologies, namely, to use such robots as drones, automated bricklayers, and assemblers.

Drones have many prospects in the construction industry. Monitoring of large construction sites requires several days of work of a whole team of people, whereas drones can fulfil this task in several hours under the guidance of an operator.

Whitaker Contracting Corporation is a company that already uses drones during construction works. The company makes use of quadcopters to evaluate the building stock on site. Now it takes just 10 minutes instead of two days.

The machine was upgraded in a year, and became portable. Now Hadrian X can build a middle-size house in three days if not less. It outperforms the human productivity twentyfold.

A group of engineers based in Switzerland is engaged in the development of the world’s first building that would be fully constructed using such modern technologies as 3D printing and robotics.

The project of DFAB House, consisting of three floors, will be implemented in Dübendorf. That is where cutting-edge construction technologies will be applied.

The main instrument that will be working on the construction site is a robot. It is two meters high and moves on caterpillar tracks. Its key task is the production of huge frameworks using steel rods for concrete constructions. The robot can also create differently shaped frameworks with several contours. Concrete mixture is poured inside the framework and does not leak out thanks to a large number of rods.