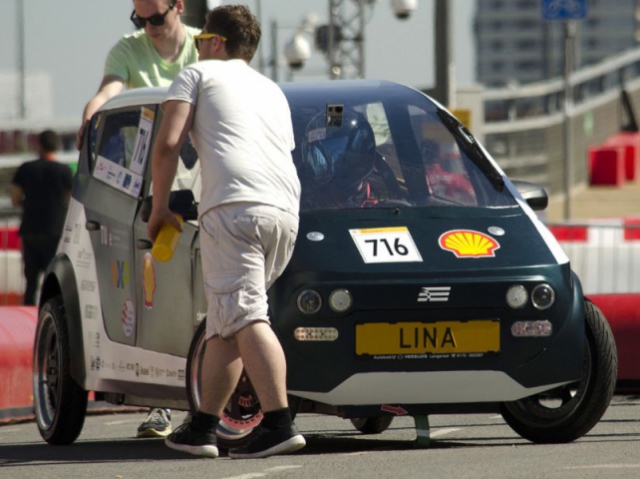 Students from the Eindhoven University of Technology presented a car from compostable materials: linen fibers and a sugar-based polymer.

The unique car was named Lina. It weighs 310 kg, and the maximum speed is only 50 km/h. As a power source it uses a traditional battery, its charge is enough for 100 km. To strengthen the sugar plastic, it is reinforced with linen fabric on both sides. The strength of the innovative car body is almost the same as one of a conventional plastic analog.

There are only a few elements made from traditional materials in Lina’s design. They are: battery, wheels and suspension parts.

Naturally, the compostable car has its weaknesses. In particular, fragility, brittleness and high ruggedness. However, the students hope that compostable components will be used in production of bumpers, side panels and car hoods, because they suffer in accidents and require replacement most often. Other parts can be made from materials that are more durable.

The car will have to pass a number of tests. And with a favorable outcome, the technology of creating a car body made of sugar plastic and linen fiber can become a new trend in green car production.