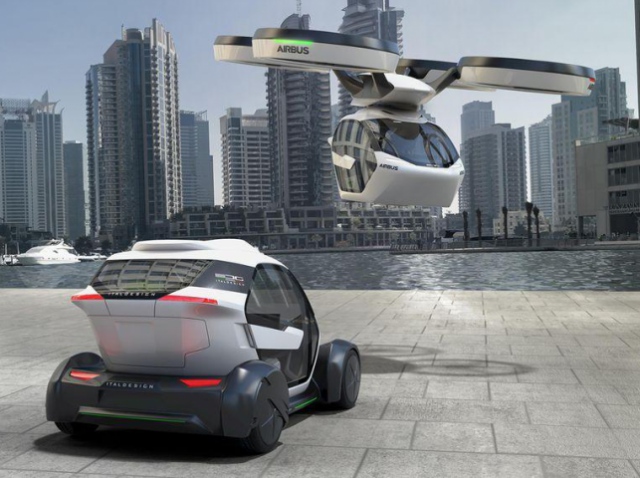 Airbus, the company producing aerotechnics, has presented a video demonstration of its own concept of the unmanned flying car at the International Geneva Motor Show.

The project is called Pop.Up. One will be able to order electric car services easily via mobile application. When passengers get into a car, they can see an augmented reality system on a wind screen that will operate in accordance with their demands and even mood. By the way, it is a car interior lighting that depends on a mood indicator. Artificial intelligence is in charge of Pop.Up system operation.

When the car will arrive at the parking point for electric cars, a big quadcopter will be attached to its ceiling portion. As a result, there will be a capsule with a passenger inside. Such unmanned flying cars will be able to deliver people anywhere by air. Developers expect that this solution can decrease road traffic. A wheeled platform left at the parking lot will used by the other passenger.

While working on the project, the company has cooperated with Italian designers from Italdesign. Previously, company’s representatives have worked with such projects as Volkswagen Golf, BMW, Alfa Romeo and many other car manufacturers.

Currently the information on the concept implementation and its cost is unknown. According to Airbus director, a working prototype will be issued at the end of 2017.