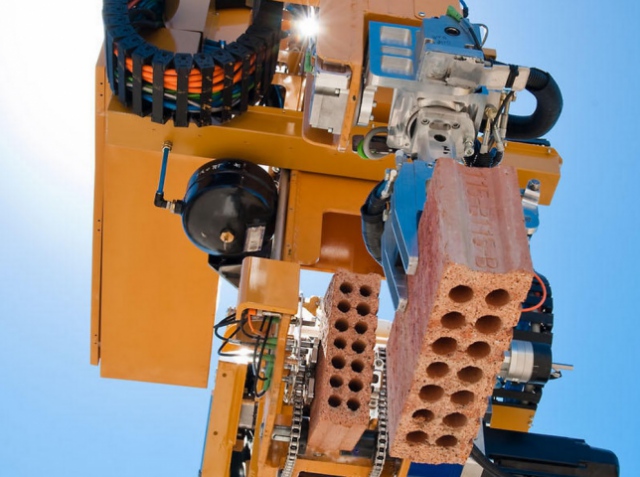 The Australian company Fastbrick Robotics showed a robotic building technology of brick houses. With the help of a 30-meter boom, Hadrian 105 is capable of laying bricks at a rate of 225 bricks per hour. Its speed is four times higher than that of a human. The robot uses construction glue. The process is similar to the work of a 3D-printer with an assembly line. The precision equals a half of millimeter.

The company is planning to create a constructor which will build houses in three days. The prototype, which can lay 1000 bricks, is already being developed.  On the Australian market, value of such work is rated $15000-2000. The technology can cut the cost of the process if construction speed is increased. Robotics and 3D printing were also used while constructing an office center in Dubai. Its construction cost $140000. Besides, the technology will be used on other planets. The method of Contour Crafting was developed by Dr. Behrokh Khoshnevis of the University of Southern California.