Igor Zaitsev: The future of drones is in covering long distances

16 May 17Igor Zaitsev: The future of drones is in covering long distances 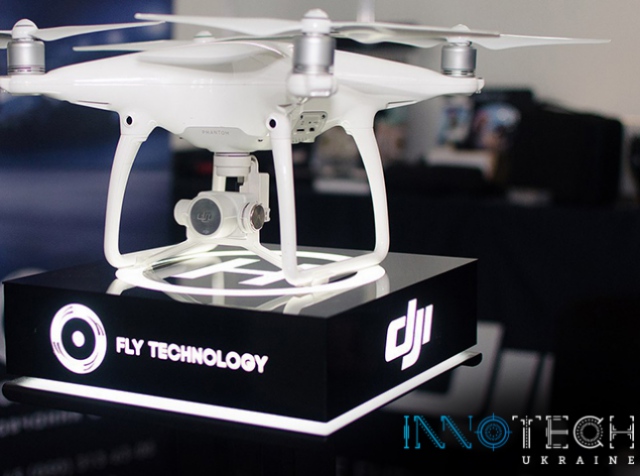 You can see small flying devices – drones – on the streets in increasing frequency. Currently, they are used mainly for photo and video shooting from a bird's eye view, although the range of features of these devices is much wider. We learned about tasks drones can perform and what they will be transformed into in the future from Igor Zaitsev, Director at Fly Technology, at the InnoTech Ukraine 2017 exhibition and forum.

Y. V.: What products are you presenting at the exhibition?

I. Z.: We are presenting various drones and quadcopters by DJI. DJI Mavic is among them. It is a very anticipated model, which is quite handy and mobile.

Almost all products that we represent in Ukraine are now here. Apart from drones, attendees can check action cameras and steadicams (tripods for video shooting) for smartphones. Insta360 Air and Insta360 Nano cameras that shoot a 360° spherical image in a panoramic format are among the new stuff as well.

Y. V.: What are the complex tasks that can be performed by drones but not a human?

I. Z.: Unfortunately, people cannot fly but drones can. This is the main difference (smiling). people tend to fly up, but only drones can bring us some information "from the sky".

Joking apart, drones can perform monitoring, which is quite an important and demanded function. Recently we received statistics stating that 16 people were saved by drones in 2016. This happened because they found people in the woods, rescued drowning people or those attacked by sharks. Drones helped to extinguish fires by flying up and showing firefighters the right direction to move.

Besides, these devices are highly demanded in agriculture, construction and industrial facilities.

Y. V.: Do you have drones with extraordinary functions?

I. Z.: There are delivery drones among our products, but we keep them for ourselves for now. For example, recently I tried to transport a bottle of Coca-Cola with a help of a drone. It is a self-made device so far, but it managed to transport the object from point A to point B.

Y. V.: What functions should the drone of the future have?

I. Z.: It should transport humans. Actually, such drones already exist, but only as prototypes. If I remember correctly, the UAE is already trying to launch a drone-taxi, which will transport people by air. The future of drones is in covering long distances.

Besides, I suppose that in the near future drones will be controlled by gestures: person makes a certain gesture, drone recognizes it and performs the task. In the future, this field will be very developed.