Facebook tested an autonomous Internet device for the first time 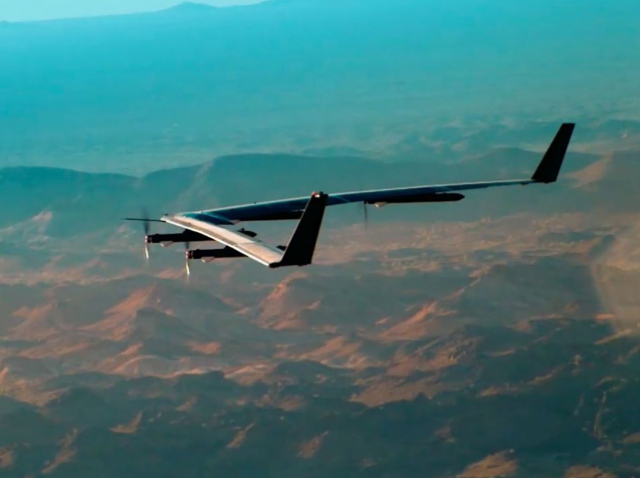 This May, Aquila – an UAV with the Internet function for areas with difficult access – was successfully tested for the first time. Facebook is the company which developed the device.

With the help of a relay transmitter, the device can distribute the Internet in the location of 40-80 km2 at the speed of 30 Gb/s.

Aquila was made of composite materials using the scheme of “flying wings” with the size of 28 m. The device’s power capacity is 500 W. Batteries can serve without charge for 14 hours.

The first flight took place in June. At first, developers planned that the UAV would be in the air for no more than 30 minutes but specialists didn’t detect any problems and continued testing. As a result, Aquila reached the height of 655 m. Unfortunately, the first console of the wing was damaged during landing.

Experts analyzed the situation and summarized that the damage had been caused by a sharply increased resistance.

Aquila engineers thought that the flight would be made at the speed of no more than 3.6 m/s but the device appeared in the zone of 9.3 m/s gusts. As a result, the UAV lowered rapidly and damaged the wing.