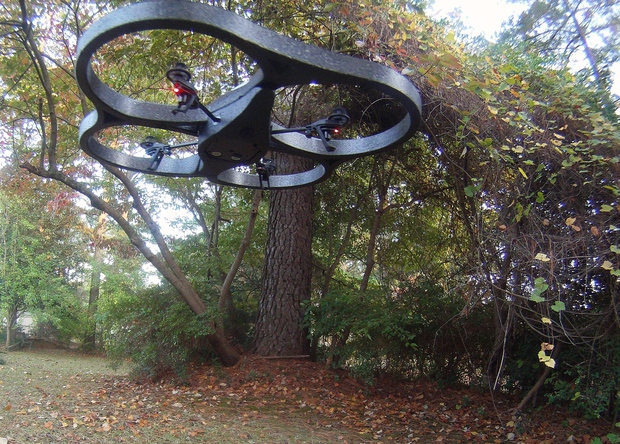 Quadrocopters can get through forests at human height without physical assistance thanks to Swizz scientists. They used the Parrot AR Drone 2.0 and quadrocopter that they made themselves. In order not to stray from the road, the neural network controlled by drone refers to camera pictures 10 times per minute. On a straight road the robot will move even faster. On the corners it stops and evens out its position to the middle of the frame. To develop the neural network 3 cameras were fixed on a human head. One of them was directed down and two more at 30° angle in opposite directions.

In such a way 7 different routes were recorded. 20 thousand pictures were selected for training. An algorithm was developed in such a way that drone had to fly through the forest road. To check the correctness of the algorithm scientists were checking rout images and video from streaming cameras. It was found that the neural network is able to identify the rout almost as good as a person. The system passed the test successfully and scientists began tests with AR Drone. Using the algorithm, computer analyzed and sent commands and offline algorithm on the drone’s on-board computer was launched as well.

This technology may be used to find lost in the forest. Flying at high attitude may be less effective in such a cases because greenery impedes visibility. For flying in a steeplechase specialist from CSAIL lab at MIT designed a system of paving the way that was successfully tested in the “forest” created from scrap materials for this purpose.