Wireless sensors to be implanted in human body

09 August 16Wireless sensors to be implanted in human body 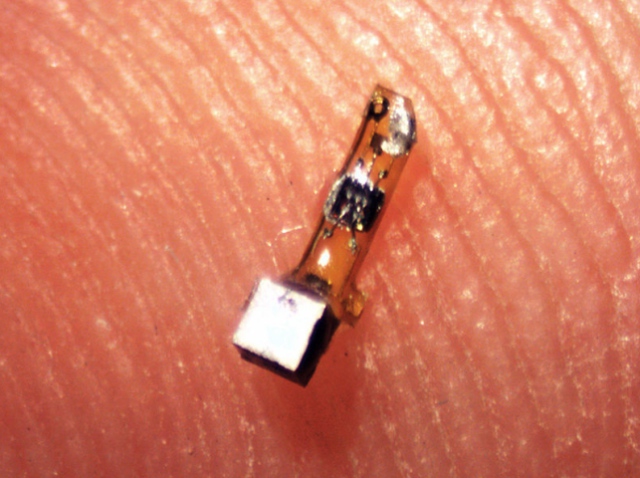 Engineers at the University of California, Berkeley have created sensors that are as small as a grain of rice. The sensors can monitor neurons and control bionic prosthetics.

The sensor contains a piezoelectric crystal that receives ultrasound vibrations and converts them into energy. Previously, radio waves of the neuronal micro implants were used, but ultrasound is a better conductor.

Experiments in mice have shown that implants are capable of keeping and transmitting data.

Currently the implant is 3 mm, but experts are trying to shrink it down to a size of 50 microns on a single side. It will allow human body to adapt to the sensors more easily.

The sensors are planned to be used for electrical stimulation in epilepsy, prosthetics control and cancer monitoring.

Developers are going to create a series of new-generation brain-computer interfaces, with the help of which people will be able to control prosthesis or computer.

DARPA has already taken interest in the development of brain-computer interface. RAM program is designed for brain-injured patients to recover the memory. DARPA specialists have already created a hand that is connected to the owner’s bone and controlled by brain impulses.