Artem Batogovskyi: “Virtual reality is an opportunity to leave boundaries of body”

05 May 17Artem Batogovskyi: “Virtual reality is an opportunity to leave boundaries of body” 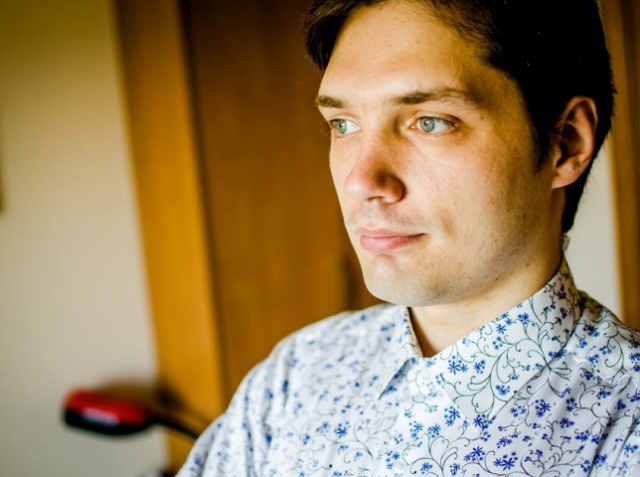 Each year, VR devices are becoming more and more popular among developers, businesspeople, and potential users. Artem Batogovskyi, CEO at VRnet.IO and speaker of InnoTech Ukraine, has told us why AR/VR devices are so attractive.

Y. V.: Why do virtual reality devices attract people so much?

B.: I have a quite philosophical standpoint of this issue: being living creatures, we are closer to our conscious rather than a body. Why virtual reality is interesting? It’s an opportunity for our conscious to leave boundaries of our body and try on the role of something flying or swimming, in other words, to obtain new experience and discover new potential. This technology is definitely interesting for each person, because they reflectively feel limited by the body and there is a chance to break such limits.

Y. V.: Why do kids and adults respond to AR/VR devices in very different way?

B.: You may note that children are quite calm under pressure unlike adults: they are not afraid of either a roller coaster or any other amusement rides. Kids have not yet realized what danger means and that they can get hurt. But while growing up, children eventually gain experience and subconscious reflexes: they feel where they can hurt themselves or fall down, which leads to fears. The same refers to virtual reality: it provides similar feelings.

Y. V.: Is there a danger of using AR/VR devices?

B.: If application is developed poorly, you will simply get sick. For instance, if you start going somewhere and something screws up, you will probably feel bad. You can even get chronic headache caused by long-term use of such application. In general, the main thing is not to walk with glasses on your head in reality, and everything will be fine.

Y. V.: Have you faced cases when people get used to virtual reality so that they cannot distinguish it from reality?

B.: We have not faced such cases. Now, there are more concerns in this respect. It can happen in the game sector: people get used to kill and they can likely lose boundaries of reality. Surely, it evokes concerns that we will create hundreds of millions of people who will be able to kill with hardly any trouble at all.

B.: Primarily, there will be a focusing adaptation. For example, we can look at an object farther or nearer in reality, and our eyes will focus on it. Glasses equipped with such an option are already being developed and will enter the market soon. One is also working on a tool, allowing to control a current situation in virtual reality using power of thought. How does it work? The tool is put on a head, catches residual impulse from brain neurons and tries to decode their actions. Gradually, the interface will be able to correspond to our expectations from matrix: using power of thought, it will control and provide us with maximally realistic feelings.