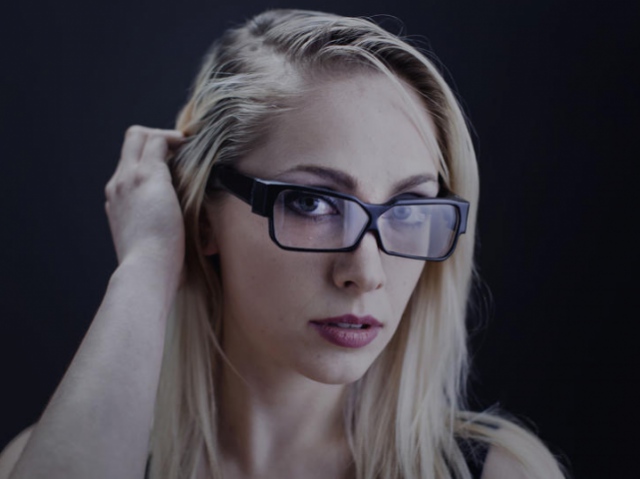 Addiction to smartphones and other mobile devices is getting more and more obvious. To show people their ‘illness’, photographer Eric Pickersgill made a photographic series that features people holding invisible mobile devices. Vacant look, inattention to each other, inability to see the beauty of the world – this photo project has truly reflected the acute problem of modern society. Thus, it is no wonder that American developer and artist Chino Kim decided to create glasses that would work as a shield protecting against different displays.

Chino Kim explained that he got tired of constantly looking at screens of various devices. According to the developer, he feels as if he lives in the world, where his eyes are clamped open, and he is made to look at things that he doesn’t want to see. Therefore, to fight against computer vision syndrome, he invented smart glasses that become opaque as soon as a person starts looking at the screen of electronic device.

Glasses called Screeners have an electro chromic film, camera and a system, which cuts power to the film if the camera sees that a person is looking at smartphone or computer screen. In such a way, when the owner of such glasses looks at any screen, the glasses become opaque. And when he stops looking at the screen, glasses become perfectly transparent once again.

Nobody knows how popular this invention will be. Anyway it will prompt people to think how much time of their life they spend on electronic devices.