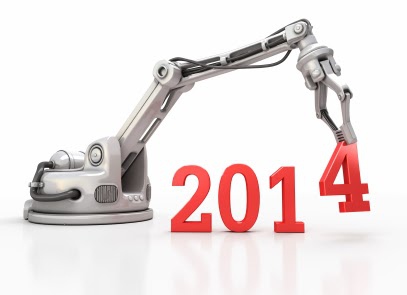 All of the following developments appeared a long time ago, but this year they made an incredible breakthrough in the evolution and became the most important technologies of 2014.

The report of the Ministry of Energy of the USA for last year says that the year of 2014 marked a turning point in history of the American Solar Energy. And not for nothing, because within last year, five new solar power plants (three in California, one in Nevada and one in Arizona) appeared in this country.

In addition, price of this type of energy was significantly reduced, and technologies used in solar panels are developing more and more rapidly. Thus, the solar energy is becoming increasingly competitive as compared, for example, to natural gas. According to Forbes, a full cycle of unsubsidized solar power costs about 13 cents per kilowatt-hour, while the energy of advanced coal power plants costs 12 cents per kilowatt-hour.

The year of 2014 was very successful for the development of solar energy. In the future, experts predict a growth in production volumes and a fall in prices for this type of energy. Perhaps, very soon humanity will cease to burn gas and coal to have light in their homes.

3D printing was tested even in space. In summer, a 3D printer specially designed to work in microgravity was delivered to the International Space Station, and, in autumn, it printed the first object.

In the future, with the help of 3D printing even food for space flights will be printed.

If a couple of years ago, only a few dozen people heard about it, today it is one of the most popular technologies in the world. Google Glass is only the first step on the way to use such AR-gadgets in daily life.

Augmented reality is an association of real and virtual worlds, an integration of digital information in the form of text, images, video, sound in everyday objects and phenomena of the physical world. AR-technology allows us to move to a new level of interaction with the digital world, without having to give up the familiar environment and fully immerse in virtuality. Due to the development of technologies, augmented reality is penetrating deeper into our daily lives. Today, more and more data are being created and accumulated, and the AR-technology serves as a bridge to access the huge flow of information. In the future, it will integrate so deeply that it will be perceived intuitively, and a term "augmented reality" may cease to be used, because digital data will be considered as a part of the reality.

Scientists learned to interpret brain signals and convert them into computer commands long ago. They have even found a way to control a cursor on the screen through the power of thought.

Today, brain-computer interfaces represent not only a flight simulator, but, for example, control of prosthesis connected to the human nervous system. People with disabilities use increasingly these so-called neuroprosthesis to move their artificial limbs.

For example, in 2014 at the opening ceremony of the World Cup in Brazil, a paralyzed man was able to hit a ball using exoskeleton controlled by thought.

Last year, the US military introduced a unique costume TALOS that apart from protecting the wearer from bullets, allows the latter to lift items of weight. It comes with an arsenal of technologies that monitor the environment. Moreover, TALOS can be used not only in the military sphere.

A shipbuilding company Daewoo Shipbuilding and Marine Engineering has equipped its employees with exoskeletons that help them move different items of weight.

Thanks to such devices, scientists were able to get a lot of information about how people move during the day, sleep, stand, lie, and more. Various surveys to measure parameters of each person remained in the past. Now sensors collect accurate data.

Despite the fact that researches in the given sphere are still at an early stage of development, a significant step forward was taken in 2014 thanks to the data provided by Edward Snowden. NSA is building a "cryptologically useful quantum computer." Such device will be much faster than almost any modern supercomputer known to mankind. In addition, it is impossible to crack it.

If the humanity obtained the energy of thermonuclear fusion, the planet would become the owner of unlimited and clean energy. Last year, the scientists of Lockheed Martin announced the creation of a reactor that could be fitted on a roof of the truck, and produce 100 megawatts of electricity. Lockheed Martin claims that this year they will develop a prototype, and in 10 years - the reactor itself.

Everybody is saying that glaciers are melting and the temperature of our planet is constantly increasing. Global warming is inevitable. What will save the humankind? Perhaps, that is a floating building. In 2014, they already represented floating farms and harvest irrigated with ice; floating beaches, houses, hotels and even the whole complexes for low-income people; nuclear power plants that are resistant even to a tsunami, and entire underwater cities.