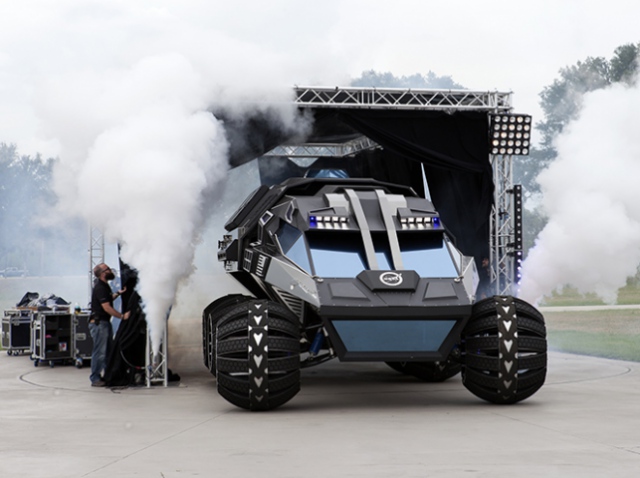 Within the Summer of Mars project, John F. Kennedy Space Center has presented the first Martian rover controlled by people.

The rover is able to speed up to 68 mph but the Red Planet will allow it to reach only around 15 mph. The car weight is relatively small.

The vehicle takes 4 people and 2 more in the mobile laboratory. It can be detached and left in a certain place. The rover moves faster without this lab, performing the major task – quick reconnaissance.

NASA says that this prototype will be unlikely sent to Mars, as it has been developed in order to inspire the next generation for space industry research.

Car’s interior is similar to those we have seen in fantastic movie spaceships. This is the way films have started influencing real research programs and explorations.