The Role of Wearable Technology in the Museum Experience

04 February 15The Role of Wearable Technology in the Museum Experience 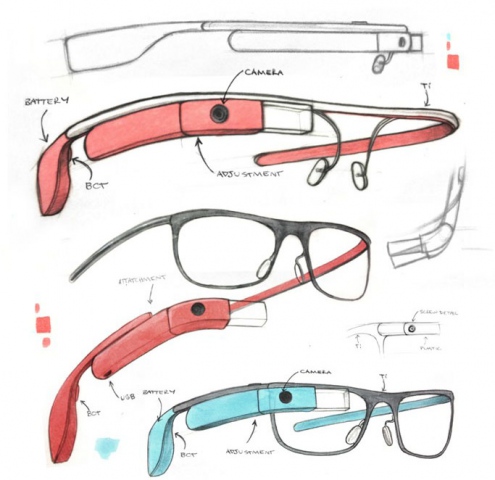 Mobile apps and smartphones are a common sight in today’s leading cultural institutions and act as a gateway to deeper engagement and understanding. But just as museums have adapted to this part of the digital revolution, new technologies are offering enhanced possibilities for how guests can enjoy and connect with exhibits. A number of institutions are exploring the potential of wearable technologies – from Google Glasses to fitness devices like the Fitbit – to add another layer of meaning and excitement to the visitor experience.

One important example is the Body Metrics exhibit at the Tech Museum of Innovation. On its surface, this permanent exhibit by Kaiser Permanente leverages the ongoing evolution of the wearable technology space. But more deeply, it’s about understanding how wearable technologies can impact our lives. Guests are given wearable devices that help them track both their emotional and physical states and reactions. They are then shown how small changes can make a positive difference in their health and lives over time. Essentially, the exhibit is a carefully crafted example of the kinds of feedback loops that people choosing to engage with wearable devices often create.

Guests check out a Sensor Kit, which measures six factors: activity level, tension, mental focus, talkativeness, attitude, and the number of people nearby. The kit itself includes a smartphone that explores the wearer’s environment, a NeuroSky wireless headset that measures brain waves, and a Somaxis device that measures heart rate and muscle tension. The exhibit also features a data pool, a powerful 12 foot custom-developed touch screen that displays body metrics amidst visitor avatars. Special features allow guests to try to sync their heart rates with other visitors, and to explore certain parts of the museum like an earthquake simulator to see how that impacts their body metrics.

Other types of wearable technology are also enhancing the museum experience. Guests at San Francisco’s de Young Museum are among the first worldwide to be able to participate in an exhibit featuring Google Glasses. The museum is run by the Fine Arts Museums of San Francisco. De Young partnered with the designers and team at GuidiGO and Google to develop special content to be viewed as part of an exhibit of artist Keith Haring’s work.

According to the team, “Glass Explorers will access archival audiovisual materials that feature Keith Haring speaking about his work, the influences of graffiti and street life on his aesthetic, and the social justice issues about which he was most concerned. The tour also includes multiple interviews with those who were closest to Haring, including his sister Kristen Haring, his close friend and former studio assistant Julia Gruen (now executive director of the Keith Haring Foundation), fellow artist David LaChapelle, and Tony Shafrazi, who gave Haring his first official gallery show.”

In the official announcement, GuidiGO CEO David Lerman described the experience, “Wearing Glass in the gallery is like embarking on a multimedia journey, with visual archives, contextual music and testimonials revealing the artworks’ hidden stories. Within minutes, visitors completely forget they are even wearing Glass, as the screen subtly turns on only when needed.”

The Haring exhibit is the first tour of a complete exhibition using Google Glasses. One reporter who visited the exhibit and then shared his experience described how profoundly if shifted his perspective. Instead of feeling like a general member of the public looking at the exhibit and passively viewing artwork, he felt like he had been invited to an important and intimate salon. No doubt this is exactly the kind of deeper integration and meaning that designers are hoping to cultivate.

Today’s museums are offering global participants a wide number of opportunities to engage with collections. People are the globe can visit museums virtually through a range of online platforms. Guests at brick and mortar establishments are finding new forms of wearable technology that take them more deeply into exhibits. While it’s clear that smartphones and other mobile devices have had a big impact on how museums present information, wearable technology make take the visitor experience to the next level. Guests are able to understand their own physical and emotional reactions to the museum environment and to experience enhanced exhibits without having to rely on a smartphone screen. We’re excited to see how the next generation of wearable technologies continue to affect the guest experience.