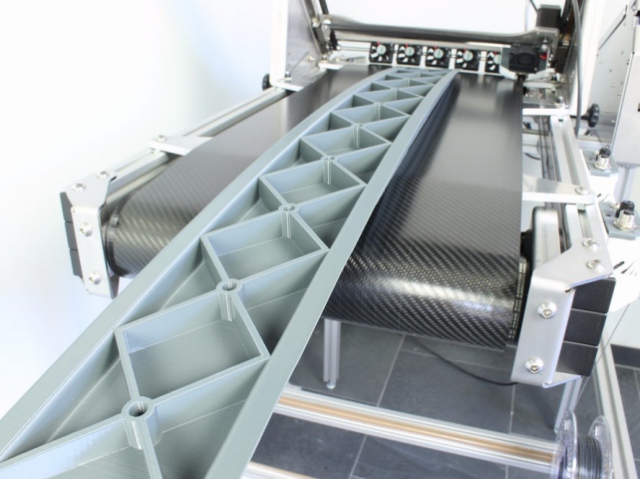 Blackbelt3D startup has developed a unique conveyor 3D printer and launched crowdfunding campaign to raise funds for its bulk production. Just 15 minutes later, €50 000 were invested in the project, the exact sum asked by the developers.

Blackbelt3D’s conveyor 3D printer is common FDM equipment with a conveyor belt instead of a traditional 3D printing table. It provides two advantages:

A rectangular bent with extruders is adjusted above operating space at an angle of 15°-45°. Due to the special bent position, the printing heads can easily move along two axes, and moving along the third one is provided by conveyor belt motions.

The  equipment set includes three additional nozzles of various diameters. The product will be supplied from mid fall. More details about the conveyor 3D printer can be found here.