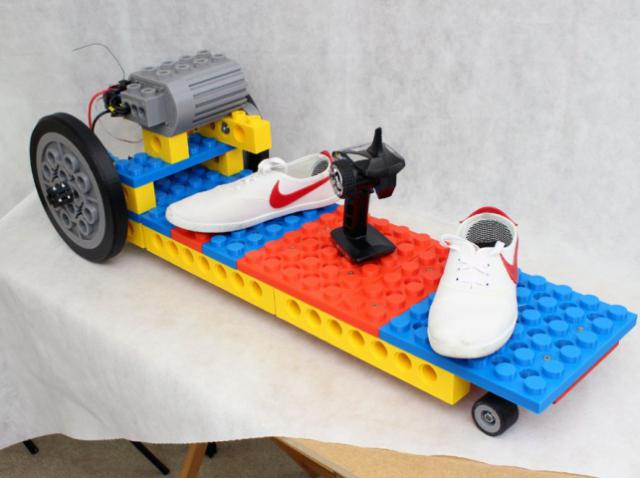 The inventor from the UK James Bruton presented his new project – an electric skateboard designed with the help of 3D printing and enlarged LEGO construction blocks.

Bruton has been assembling construction kits since childhood. One time he thought of enlarging the plastic details and designing a functional vehicle. 3D printing came in handy. The maker modeled LEGO blocks, enlarged them 5 times and printed on a 3D printer from the PLA polymer.

Bruton made a skateboard from prefabricated blocks and attached an analog of LEGO classical engines produced in the eighties. Specifically, the non-controlled electric motor with a power of 1.4 kW, two batteries with a capacity of 5 A/h. The motor is placed inside a 3D printed covering.

Skate wheels were also designed using a 3D printer. The maker used NinjaFlex elastomer as a consumable material. The printing of tires with 80% filling took 30 hours.

Bruton uses a special wireless joystick to control a unique device. The original electric board turned out to be quite fast but very difficult to maneuver.