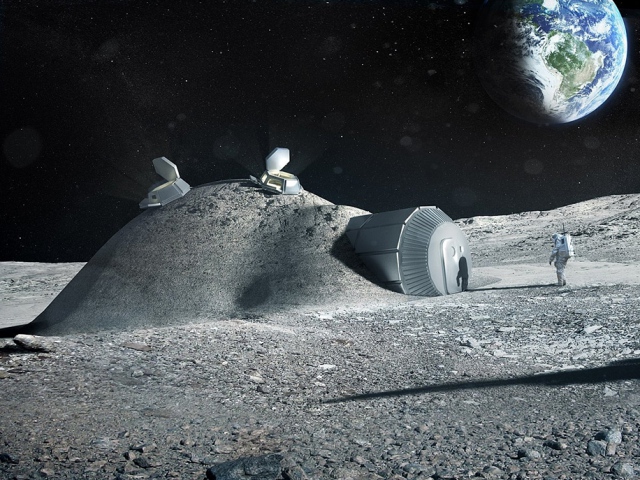 Scientists from Carleton University in Ottawa have presented the project of unique 3D printer that can build accommodation modules in outer space. Moreover, the device is able to recreate itself, in other words one does not have to wait for additional 3D machines from the Earth to scale up production on the Moon or Mars but rather print them.

Canadian equipment is based on RepRap models able to print their own details of plastic. According to associate professor Alex Ellery, leading the project, the self-replication option will allow to reduce significantly expenses while exploring other planets, because one does not need to launch spacecrafts in order to bring additional equipment.

Another advantage of the space 3D printer is that it will be able to use local expendable materials. For instance, the machine will obtain regolith on the Moon. For this purpose, it will be equipped with a special robotic hand. Scientists already know how to gain ferrum and silicon plastic of moon dust.

Currently, the team of researchers is printing main components of the engine of polylactic plastic and iron. Later on, they will try to replace a wired magnetic coil by an aluminum analogue in order to create it of a mix of iron, nickel, and cobalt on the Moon. Actually, scientists will have to increase electromagnetic force of such coils, as it is still quite weak.

In general, there is so much work to do. However, project authors believe that 3D printers with the self-replication option will allow to colonize the Moon and Mars faster and cheaper than it is supposed. And if the machine appears to be appropriate for constructing alien bases, it can be used on space vehicle boards to create solar panels and other details.