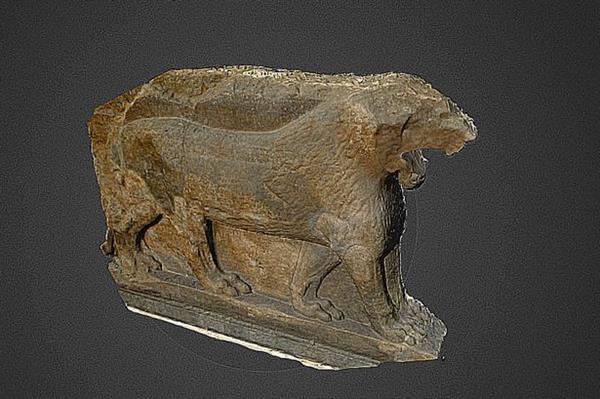 Although digitally archiving historical and cultural artifacts has been met with its fair share of hurdles - particularly in reproduction rights, recent events due to Islamic extremists might have some people who were previously against 3D scanning ancient artifacts thinking twice.

In late February of 2015, Islamic extremist group ISIS released a propaganda video that showed members threatening Islamic heritage in the city of Mosul, Iraq.  The video featured members of the group destroying various ancient and culturally-significant artworks and artifacts that were housed in the Mosul Museum.  While many of the objects that were housed in the museum were replicas due to the relocation of original pieces during the 2003 Iraq War, many of the large objects that remained were originals.

Now, a group of digital preservationists under the name Project Mosul is aiming to restore the damaged objects by reconstructing them using old photographs, 3D modeling and 3D printing.  The project was initiated by the Initial Training Network for Digital Cultural Heritage and includes project coordinator Marinos Ioannides and early stage researchers Matthew L. Vincent and Chance M. Coughenour.

Currently, the team is looking for volunteers to help virtually restore the museum through locating photographs, processing data, contributing to the website and other organizational tasks involved with curating an archive. So far, the existing team has found success with partially restoring The Lion of Mosul based on the first batch of images they have received.

Among other pieces of work that still need to be restored include Assyrian artefacts such as Iamassu that date back to 700BC and artefacts from Hatra, whose total amount of artworks destroyed represents 15 percent of all existing Hatra artwork in existence today.

"The video circulated around the 26th of February, 2015 shows the horrific destruction of the Mosul Museum by ISIS Fighters. This is not the first time this museum has suffered during times of conflict, but the destruction is nearly absolute, and this time we can respond through the application of digital technologies to cultural heritage," reads the manifesto on the Project Mosul website.

As anybody who is familiar with 3D scanning and 3D modeling knows, having accurate data is paramount to re-creating high quality surface geometry.  Because of this, the biggest challenge for Project Mosul will be in gaining as many photographs as possible of each of the artworks from multiple angles.  This means that anybody who might have visited the museum with a digital camera or has stumbled across a historical text featuring images of the pieces could prove to be invaluable with any information they can provide.  Because the museum closed due to events surrounding the Iraq War in 2003 however (which is before the smartphone photography generation), this may prove to be a difficult task.

"Given enough photographs, digital or scans of analogues, it is possible to reconstruct the artefacts and create digital surrogates of those artefacts,” says the Project Mosul website.   “This provides two immediate benefits: helping to identify looted items and recreating destroyed items."

For those who are willing to help - even by simply spreading the word - the Project Mosul website invites any and all volunteers to help with restoring these important artefacts of Iraq history.