09 February 15Robots are learning how to cook - using YouTube 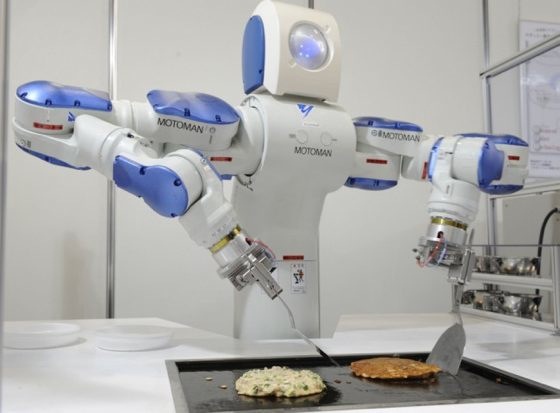 Robots are using the powers of technology - YouTube - to learn how to complete a necessary human task, writes Tech Times.

The robots are being taught how to cook using the video-sharing website.

Researchers from the University of Maryland, funded by DARPA's Mathematics of Sensing, Exploitation, and Execution program, are showing robots cooking videos on YouTube to study whether the robots then learn to recognize, grasp and use the correct kitchen utensils and ingredients that are being used in the educational videos.

They are also looking at the ability of the robots to use the objects to accurately follow the instructions set out in the video without any human input or programming.

This is all a part of an effort to study how robots interpret and then respond to visual data.

"The MSEE program initially focused on sensing, which involves perception and understanding of what's happening in a visual scene, not simply recognizing and identifying objects," Reza Ghanadan, program manager in DARPA's Defense Sciences Offices, said in a statement.

"We've now taken the next step to execution, where a robot processes visual cues through a manipulation action-grammar module and translates them into actions."

The researchers have also been looking at not only how robots take in information but also whether they are able to share this information with other robots.

The idea that robots are able to cook meals is not far fetched when considering new age kitchen technology as well as electronic appliances, which make cooking a lot easier.

It may be a while, however, until robots have the ability to experiment with flavors in the kitchen.