Concept of a new velomobile was presented on the network 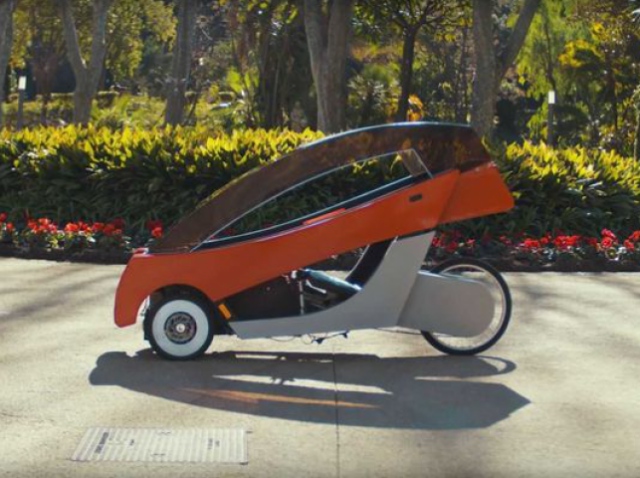 Indiegogo crowdfunding platform started to raise money for the production of an original vehicle. It is falling under the category of velomobiles, meaning that it is a combination of a car and a bicycle. It was designed by Italian designer Giorgio R. G. Barbagallo. The inventor has named the brainchild in his honor - Barbagallo X01.

The bike features of Barbagallo X01 include wheels and pedals. At the same time, its body resembling a car, and it is also equipped with an electric motor. Thanks to the latter, the velomobile is able to attain a top speed of up to 25 km/h.

In addition, the new vehicle is equipped with a small baggage compartment, lighting system and pedals for braking. Everything is powered by a battery, which is to be recharged with the sun energy. One charge is enough for four hours of continuous driving.

It should be also noted that this is a three-wheeled model, but in the future the developer is going to make a four-wheeled velomobile as well.