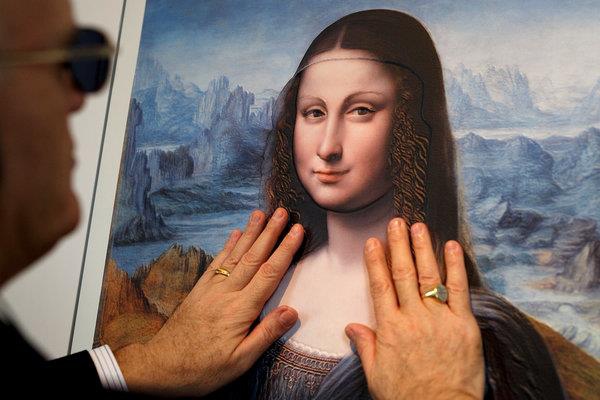 If you’ve ever visited the Museo del Prado in Madrid, you might have seen a famous painting by the Italian Renaissance master Antonio da Correggio called ‘Noli Me Tangere’. Depicting Jesus after his resurrection, the painting’s title roughly translates to ‘Don’t touch me’. Now ‘no touching’ can be applied to just about any painting in any museum, but ironically you can now visit the Museo del Prado and touch and experience Correggio’s famous painting with your own hands.

Now that might sound a bit strange until you find out that you can’t actually touch the original piece. This touchable piece is actually a replica that, alongside five other replicas of famous paintings, has been especially made to allow visually impaired visitors to experience these masterpieces as well. By using 3D printing technology, these paintings have been covered with relief shapes that allow even the blind to experience the brush strokes and composition of Correggio and others, and ‘see’ the paintings in their own way. To further aid visually impaired visitors, the exhibition also includes texts in braille, audio guides, while fully sighted visitors can wear opaque glasses to experience the same sensations.

It's a wonderful initiative that is, for the first time, opening up museums to everyone. Unsurprisingly, it is a big hit among Madrid’s blind community. José Pedro González, a 56 year old man who has been blind since the age of 14, told reporters that ‘It’s an unbelievable sensation. I’m feeling this painting down to the detail of each fingernail.’ Andrés Oteo, who is also blind, said the experience ‘created a clear link between what I feel in my fingers and what is in my mind.’

Aside from Corregio’s masterpiece, the other works that have been given 3D printing treatment are: a version of the famous ‘Mona Lisa’ by a pupil of Leonardo da Vinci, Goya’s ‘The Parasol’, a still life by renaissance artist Juan Van Der Hamen, ‘Apollo in the Forge of Vulcan’ by Diego Velázquez and El Greco’s ‘The Nobleman with his Hand on his Chest.’ In short, six gems of the museum’s collection.

Of course it’s not the first museum to cater especially to the visually impaired. ‘Touching workshops’ complete with scultures and paintings have been previously organised by The Metropolitan Museum of Art in New York, the National Gallery in London, the Louvre in Paris and others, but few have relied on 3D printing technology to do so. The Uffizi Gallery in Florence has exhibited a small black and white 3D printed version of a famous piece by Botticelli, as have a few other Italian museums. By as Fernando Pérez Suescun, curator of the Prado exhibition, argued, they are really the first to add color to their 3D printing exhibition. ‘It seemed important to us to add color, because the visually impaired often can still perceive some color,’ he told the New York Times.

To make these impressive compositions, the museum teamed up with the Bilbao, Spain-based 3D printing company Estudios Durero. They have developed a unique 3D printing process called Didú, which essentially relies on chemical inks that need to be cured with UV lighting to create volume. ‘It’s like if you would add baking powder to a cake,’ Suescun added. But as you might expect, that type of 3D printing is very expensive, costing reportedly $6,680 per replica. During this process, some of the paintings were also slightly scaled down as there’s no point in making paintings that are too large to feel everywhere. The maximum size was set at 120 cm (or 47 inches).