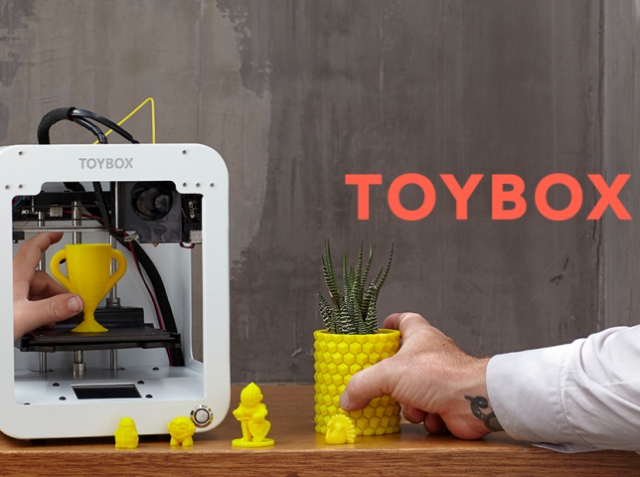 From now on, kids can print toys. How? It is American developers who have created a 3D printer Toybox especially for kids. It is user-friendly and uses nothing but biodegradable non-toxic plastics.

It is mere pleasure to work with Toybox. The 3D printer doesn’t require any maintenance, takes a couple of minutes to be adjusted, and its platform construction allows to effortlessly separate a printed object.

Developers have also released an iOS and Android app for the 3D printer. It offers more than 500 models of various toys, useful house appliances, decorations, etc. The project authors ensure that they are printed quickly, simply, and properly. The catalog is constantly being upgraded. What is more, Toybox owners can download models from other resources or produce a personal object.

Toybox works on eco PLA filament with a 1.75 mm diameter. The device is recommended for kids from 5 years. However, parents have to keep an eye on little children due to an open body of the 3D printer.

The developers launched the crowdfunding on Indiegogo in order to gather money for the mass production. The project collected more than $43 000 23 days before the end of the campaign, which surged over the stated amount by 10%. Currently, you can buy Toybox with a plastic reel for $250 and receive it in the beginning of 2018. To make a New Year gift, parents should be ready to pay $320. A Toybox retail price will surge over $400.