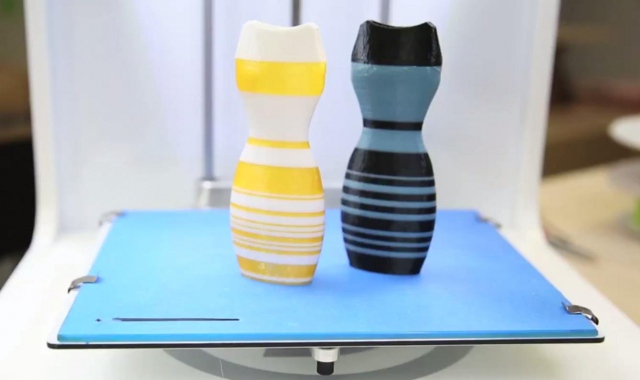 If you were alive and breathing this past week, surely you have heard about the internet and media sensation that a simple blue and black dress (or was it white and gold) has become. For those of you living on another planet, late last week, a dress that was worn at a wedding by the mother of a bride, had become the topic of an all out debate. That debate stems from the fact that this single dress appears to be blue and black to some people, yet white and gold to others.

A member of the wedding band was so frustrated by the fact that no one could agree on what color this dress was, that she posted a photo of it on Tumblr. The response became viral, and this dress became famous — or perhaps infamous.

As you can see in the photo to the left, it is difficult to really tell what colors make up the fabric that this dress is made of. Personally, I see white and gold, and apparently, according to the band member’s poll, the majority of other people do as well. At the same time though, many people see the dress as appearing to be blue and black. It turns out the dress is actually blue and black, although many will still debate this fact.

For 3D printing company, Tinkerine, they used this debate as an opportunity to create what some might call a tangible version of the internet meme. Using their Ditto Pro 3D printer, they 3D printed both a white and gold dress as well as a blue and black version, in order to help aid those having a difficult time making up their minds.

The two 3D printed miniature dresses really go to show how much of a stark contrast the two color schemes really have, yet when looking at the photograph of the dress, there is no consensus on which color it really is. Of course the photo of the dress is taken in poor lighting, which causes it to appear as though it has a bluish hue to it — or perhaps it is lacking in color — which is more than likely the cause of the debate. In actuality, the photo of the dress simply is taken in unideal conditions with a camera that is probably not all that great, causing this blue and black dress to appear as though it white and gold to some.

As for those of you who have a 3D printer at home, Tinkerine has made the STL files available to us, and you can download them via our Dropbox account. There is a solid version available for 3D printers with one extruder, and colored versions available for those with dual extruders.

Todd Blatt, VP of Market Direction at Tinkerine Studios apparently disagrees with me as to what colors he sees in the dress.

“Personally, I see blue/black,” he tells us.

What colors do you see? Have you 3D printed these miniature dresses yet? Discuss in the Blue and Black Dress forum thread on 3DPB.com. Check out the video provided to us by Tinkerine, showing the 3D printing of both a blue and black and white and gold dresses below.