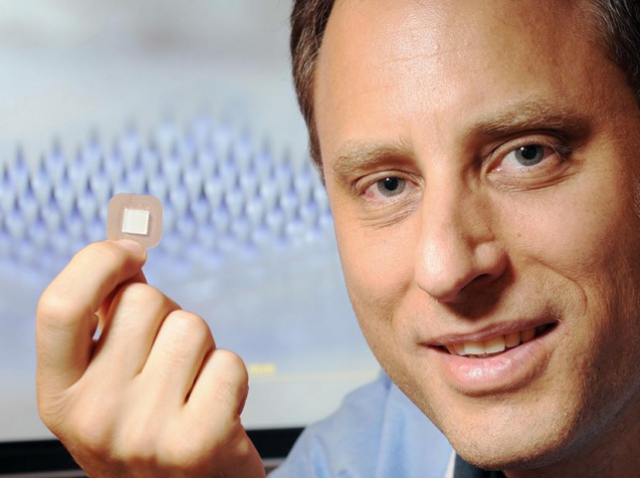 Looking after health is a complicated task that requires time and efforts. Particularly, in winter, when the risk of coming down with the flu is much higher but who wants to waste time with the fever?

Scientists have found the solution: stick a plaster and be healthy!

Researchers headed by Dr. Baochzhon Vang have developed a hybrid protein 4M2e-tFliC with four sequences of M2e peptides out of four flu subtypes. This protein contains the flagellin peptide FliC acting as a catalyst: when reacting with other antigens, it elicits an immune response of the organism.

The team cooperated with Dr. Mark Prausnitz from the Georgia Institute of Technology. The result is the following – the transmission of protein on the biodegradable plaster. Then, with the help of rapidly dissolving microneedles, the vaccine is inserted into the human body.

Scientists were testing it on mice and figured out that animals with plasters were more disease resistant. This discovery would ensure better effectiveness of the new flu vaccine.