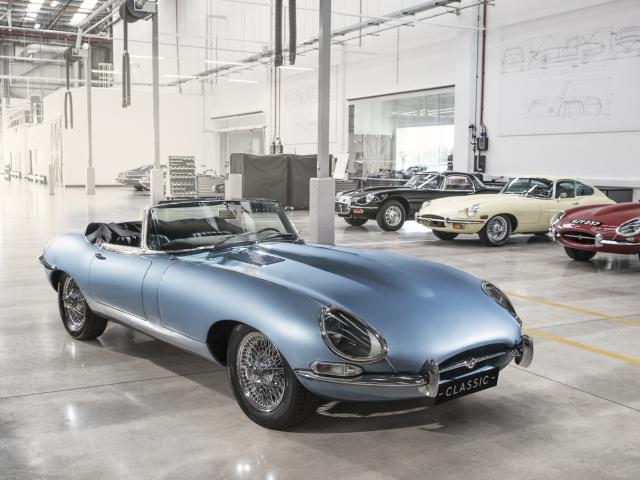 Jaguar Land Rover decided to re-launch one of the most elegant cars in history – the E-type model that was manufactured between 1961 and 1975. A classic car will be equipped with an electric transmission. The company reported this at the annual event Tech Fest 2017.

The E-type model was not only notable for its outstanding appearance but also for its specification. It came in several versions, including a roadster. An updated car with an electric motor E-type Zero will be available as a roadster as well.

The characteristics are already released:

• availability of an electronic instrument panel and LED headlights.

It is worth noting that the electric motor and batteries were specially created for the E-type Zero and correspond to the six-cylinder engine of the classic model. The electric motor and gearbox are installed on the traditional places of the engine and gearbox so the updated car has much in common with its predecessor. Representatives of the company said they could transform any classic Jaguar car with a six-cylinder XK engine into an electric car.

Jaguar Land Rover has also presented an interesting FUTURE-TYPE concept at the exhibition. According to experts this is how cars will look in 2040. The company's engineers said that in the future drivers would prefer to rent a car, rather than buying it. The only personal detail that a driver will have is a removable steering wheel with a built-in voice assistant.

Jaguar Land Rover has also reported that in three years all cars of the brand will be equipped with electric motors.