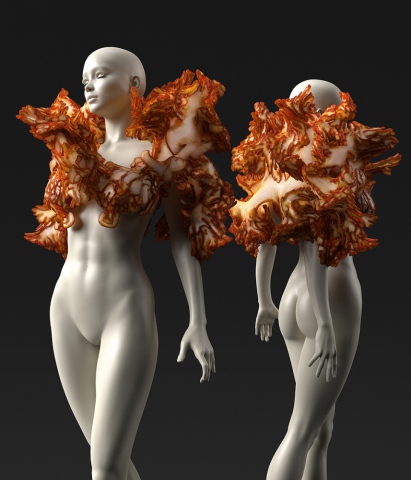 Neri Oxman’s team at MIT Media Lab collaborated with Stratasys to create four 3D-printed “wearable skins” designed to facilitate synthetic biological processes that might one day allow humans to survive on other planets. The project, titled “Wanderers: An Astrobiological Exploration,” includes four pieces that are imagined to be embedded with living matter. Using synthetic biology, this matter would be used to create micro-habitats or systems that would allow humans to explore other planets in the solar system with environments that would otherwise be lethal. 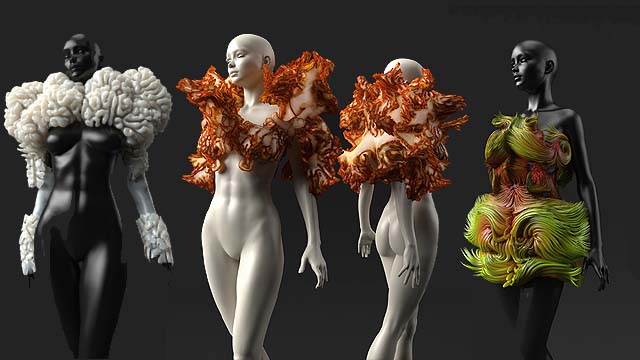 “Each piece intends to hold life-sustaining elements contained within 3D-printed vascular structures with internal cavities,” said Oxman. “Living matter within these structures will ultimately transform oxygen for breathing, photons for seeing, biomass for eating, biofuels for moving and calcium for building. The team used an Objet500 Connex3 Color, Multi-material 3D Production System to 3D-print the “skins” in a range of plastics with different densities – each one suited to a different planet in the Earth’s solar system.