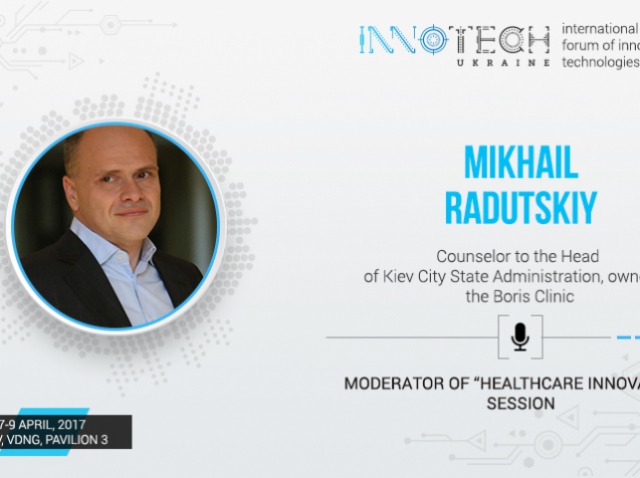 Mihail Radutsky, the president of the healthcare organization “Boris” and the councilor at Kiev City State Administration, will become the moderator of the block “Innovations in healthcare” at InnoTech Ukraine 2017 which will take place on April 7-9.

Mihail Radutsky began his career as an ambulance attendant. In 1993 he founded his own health business jointly with partners. Dmitry Gordon was one of them.

The moderator held key positions at LLC “Boris” for about 10 years. He has been the president of the organization since 2004.

Due to his significant experience the expert Mihail Radutsky will manage the block “Innovations in healthcare” at InnoTech Ukraine 2017.