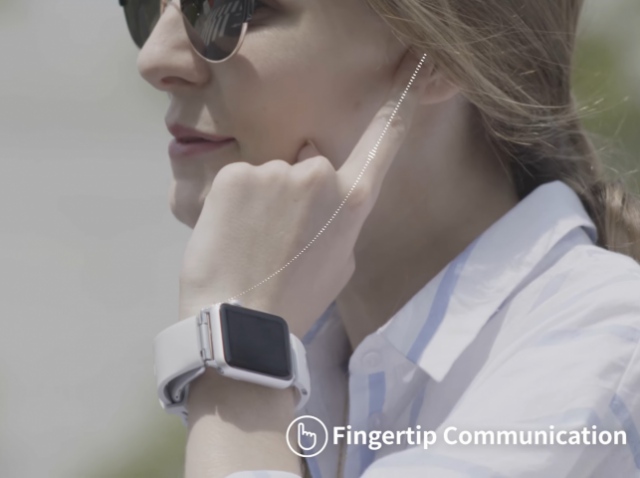 The next stage of innovative technologies development is the use of a human body as a gadget. In particular, a hand has been already applied as an interactive screen for smart bracelets. And now, due Innomdle Lab efforts, one will be able to put a finger to an ear and talk on the phone in such a way. The unusual headset is called SGNL.

Innomdle Lab device is just a common strap, putting on the wrist and connecting with a phone via Bluetooth. The strap receives a signal from a mobile gadget and, using Body Conduction Unit development, generates certain vibrations, which allows to transfer a signal from the smartphone into the finger. To communicate with a caller, you should just put the finger to the ear and a sound will be louder.    Thus, the new technology will allow to hear a conversation partner perfectly even in noisy places.

Currently, Innomdle Lab has started a crowdfunding campaign on Kickstarter in order to support its own project. If everything is successful, the new gadget will enter the market in February 2017. SGNL will cost $139.