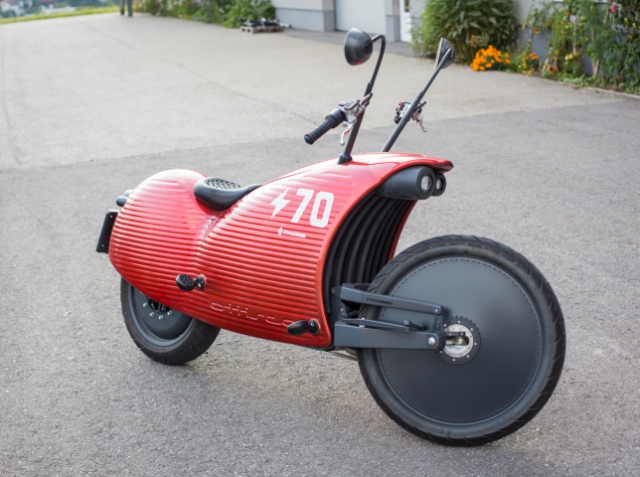 An engineer from Austria Johann Hammerschmid has invented the electric motorcycle Johammer J1 that can drive for 300 km on a single charge. According to the author, his creation can be described as a quite natural return to the horse concept. The design of the new electric motorcycle resembles an armored horse.

Johammer J1’s engine power is 12 kW, and its battery can be also used for accumulating and storing energy, produced by a small solar power station.

The frame is made from polypropylene and there is no control panel in the vehicle. Rear-view mirrors have dash displays, where all required data is shown.

The approximate cost of the most expensive model of the Austrian “electric horse” is around $27 thousand. Currently, funds are raised for mass production.