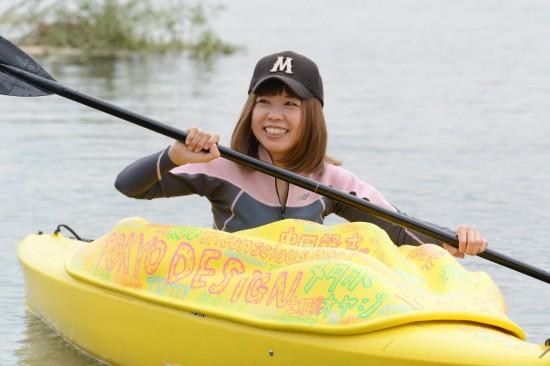 Back in July, we reported on a female Japanese artist, named Megumi Igarashi, who had been arrested and then released for creating 3D scans and 3D prints of her own vagina, and then distributing the digital files to others. She had taken 3-dimensional imagery of her genitals and then created unique works of art with them. This included dioramas, smartphone cases, mini 3D printed kayaks, a full-sized kayak, and more. Her designs were made available on the internet for anyone who wished to purchase them.

Unfortunately for 42-year-old Igarashi, she lives in Japan, a country that is very strict when it comes to displaying female genitalia. While the country is known for its annual penis festival, celebrating the male genitalia, many people around the world have been quite upset with what Igarashi has been put through. After her release from jail in July, she was arrested again earlier this month for virtually the same charges, as she had continued to distribute digital files of her Vagina via the internet, in order to raise funds to create her large genital-shaped kayak. Japanese courts then upheld the decision to hold her behind bars, fearing that if released she could destroy evidence. Today, comes news that she has been formally indicted for distributing “obscene” data.

The sexist nature of this story has brought Igarashi quite a bit of publicity and a ton of support, with over 21,000 people signing a petition to get Igarashi released from custody.

“We don’t agree with the prosecutors’ contention at all,” Igarashi’s attorney, Takeshi Sumi said. “We will continue pleading not guilty on behalf of Igarashi, who argues her works are not anything obscene.”

The charges on Igarashi include three counts of distributing “obscene” data via the internet through the sale of CDs. These CDs did not include any photographs of her genitals, but did include the digital files needed to recreate various 3D printable products featuring her vagina. If she is convicted, she will face up to two years in prison and a fine of up to ¥2.5 million (approximately $20,768).

Pornography is quite prevalent in Japan, although it remains illegal to display a woman’s vagina on film or in photographs. It should be interesting to see how Igarashi’s supporters respond to this latest indictment, once again proving that Japan’s laws remain very sexist in nature.

What do you think? Should Igarashi be released from behind bars? Do you agree or disagree with Japanese laws? Would you consider 3D printing miniature kayaks with genitals on them? Discuss in the Megumi Igarashi forum thread on 3DPB.com. Be sure to support Igarashi by signing the petition.  Check out the photo below of Igarashi’s very creative dioramas, featuring her genitalia (not 3D printed).