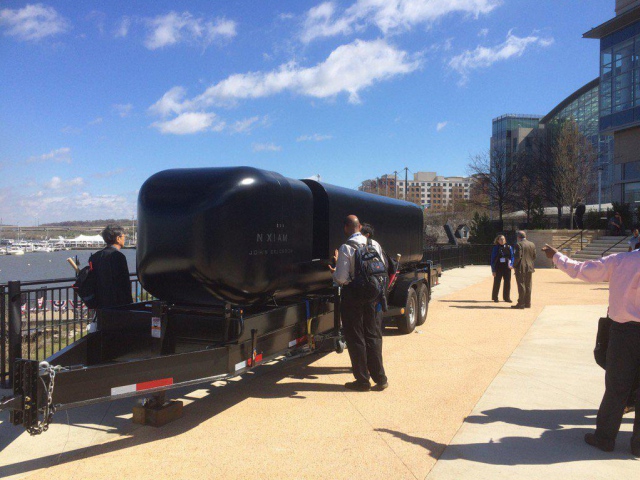 OMTD (Optionally Manned Technology Demonstrator) is the first submarine in the world whose body was fully 3D printed.

It was developed by the specialists at Oak Ridge National Laboratory by the United States Department of Energy order. However, currently, it is just a demo sample at exhibitions and presentations. For live tests in 2019, another prototype will be manufactured. If tests are successful, 3D printed submarines will enter operational service of the U.S. Navy in 2020.

The submarine body was created on one of the biggest printers - ВААМ from Cincinnati Incorporated. Unfortunately, it lacked capacity to make the whole construction. That’s why developers initially divided the body into six sections and printed each of them separately. Then, the submarine was assembled. As a material, an ABS plastic with 30% сhopped carbon fiber was used.

The whole process took 4 weeks, which is at least twice faster than a conventional method. According to the developers, expenses were reduced by 90%.