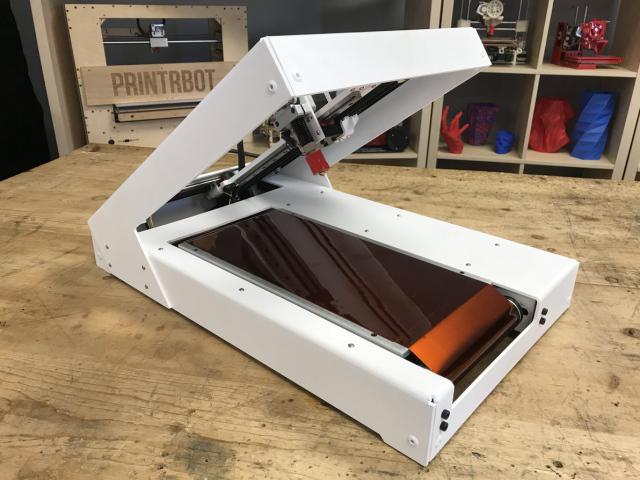 Conveyor belt 3D printers emerged on the market seven years ago when MakerBot released an upgrade for CupCake. In two years, an industrial model design VXC800 from a German company Voxeljet was presented. Unlike FDM apparatus of a Dutch start-up BlackBelt 3D that collected the needed sum of money for the production of a 3D printer with a moving belt in May of this year, these products were not popular, however. The model has a unique construction – a head is attached to inclined ways and allows to print objects with limitless length. However, the device can be considered expensive - €9500 at retail.

A cheaper variant has been presented by Printrbot. Ordered by Polar3D, it wasa compact apparatus with a moving steel platform and kapton surface. Printbelt has a printing head with a Gear Head v2 extruder, and its steel belt is heated, though the main printing material is PLA polymer.

Polar 3D has developed a Polar Cloud. software for a belt 3D machine.

Stated price - $2000. For the time being, apparatus will be produced unit by unit as long as new orders appear.