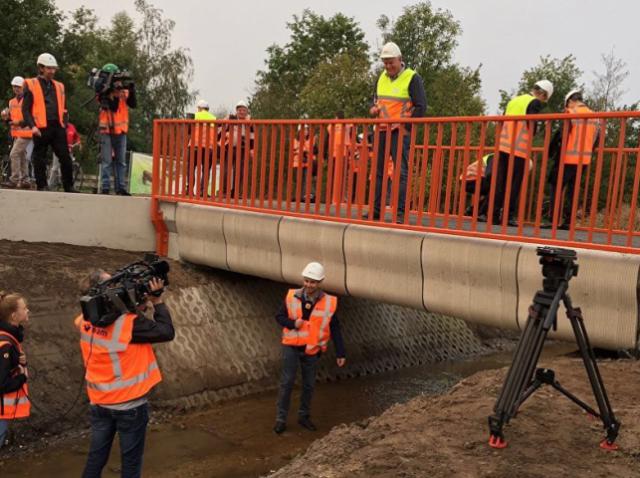 3D printed concrete bridge has been opened in Gemert, the Netherlands. The construction is meant to be used by cyclists, it connects 2 roads over shallow stream.

The bridge was designed and built by BAM Infra company and engineers from Eindhoven University of Technology. The process lasted about 3 months. Construction has some 800 printed layers of concrete. The final bridge stretches 8 m long, 3.5 m wide and is 0.9 m thick. It is able to support 5 tons and is expected to last for 30 years at least.

MX3D startup is working on construction of 3D-printed bridges in the Netherlands as well. In 2015, the team unveiled a robot, which is able to print metal bridges directly on the ground. The startup also planned to open its first bridge in 2017, but there is no such information yet.