Will Intel manage to make a revolution in the world of wearable technologies?

03 February 15Will Intel manage to make a revolution in the world of wearable technologies? 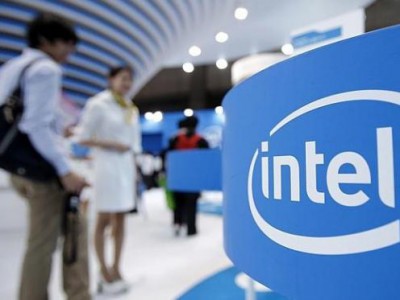 According to Mike Bell, he does not like any of currently existing smart watches. The reason for that is not the absence of Intel chips in them. A head of the subdivision of Intel New Devices Group believes that people have false impression of smart watches. "I'm not sure that someone wants to wear watches because they are crammed with the latest electronics", Mike Bell says. "Consumers think of them as a way of expression. And they do not mind to have watches that are a bit high-tech".

Until 2014, the market of wearable devices was developing, to put it mildly, not too fast. However, today, when practically the whole world is looking forward to the arrival of Apple Watch, and experts predict that by 2019, the sales of smart watches will reach 100 million units, Bell considers that his main task is to fix Intel Corporation in wearable electronics market.

Now, Intel is not represented on the market of wearable gadgets at all. New products by Apple, Samsung Gear or Moto 360 do not contain chips of the corporation. However, according to Bell, he is not going to cooperate with any of the manufacturers of wearable electronics. He plans to cooperate with those who create "really" fancy stuff and need help with e-filling. Mike Bell's recent visit to New York Fashion Week is proof of his words.

Intel has already had partner relations with several fashion houses, such as Opening Ceremony, Fossil (a manufacturer of luxury watches), SMS Audio (a company that produces unique musical headphone) and others.

Bell states that the manufacturers produced crude products and made a lot of noise around them. Having purchased such products, people wondered: “So is this all that wearable technology can?” Now we are trying to convince consumers that this is just a beginning. If you work hard on the design, it is possible to create a discreet but elegant, fashionable and truly useful product.

A story of headphones by SMS Audio evidences a direction of Intel development. Mike asked the scientific department to provide him with developments that could be used in wearable devices. The result was a prototype of headphones with an optical sensor to measure a heart rate. Bell was not satisfied with the presence of batteries and Bluetooth wireless adapter.

A few months later, in-ear headphones with power supply and data transmission through a standard socket in the smartphone appeared. This development was presented at CES, a large-scale exhibition of electronics, where SMS Audio Company noticed it. Carmelo Anthony, a basketball player, and 50 Cent, a rapper, are among its investors. In such a way, a collaboration and joint work on the product started.  Intel is engaged in scientific research and SMS Audio works with design and consumer properties of the product.

“This cooperation was very close. We even came up with the inscription on the package together. But, anyway, this is a product by SMS Audio”, Bell recognizes. “We do realize that, without the help of a recognized brand in the market of headphones, we would not succeed”.

“Intel launched a pilot production. One who made this decision was very wise,” a president of SMS Audio, Brian Noe, said.

To date, the sales of chips for personal computers bring the bulk of Intel's profits. Recently, for example, PC sales have been increased. Nevertheless, the company cannot afford to miss the chance to enter a new market. Total revenue of Intel for the quarter of 2014 has increased by 9% to $ 9.2 billion, if compared with the same period of last year. The giant mainly benefits from its monopoly in the fast-growing segment of the data centre.

Mike Bell hopes that in 2015 the corporation will have something to demonstrate on the market of wearable electronics. Tall, dishevelled and with flip-flops on his feet, Mike has a unique gift to create great products from scratch. Today, the developers are not very interested in the profitability of his divisions, but someday this moment may come. Mike Bell says, “Every day I come up with more than a dozen of new directions in our work. But someday we will have to choose one direction.”